About Take One Gifts

Take One Gifts is a TV and film and pop culture themed gift shop located in the Shambles in the heart of York’s city centre.

Selling all kinds of cool and quirky merchandise. From t-shirts to posters to greetings cards and plenty of great novelty and gift items.

Whether you like scfi or anime, gaming or comic book movies we have something for you. We have officially licenced products of Star Wars, Star Trek, Marvel, DC, Death Note, AC/DC and many more.

I’ve always had a strong interest in all kinds of pop culture, music, film, tv gaming I love it all! I originally set up shop in 2013 as The Six String just outside York’s city walls. In the beginning I mostly sold band t-shirts, but with new seasons of Breaking Bad and Game of Thrones and the Walking Dead all coming out at once I soon became obsessed with TV box sets and started moving more towards TV and Film than music.

In 2017 I moved to the beautiful new location of the Shambles under the new name of Take One Gifts. 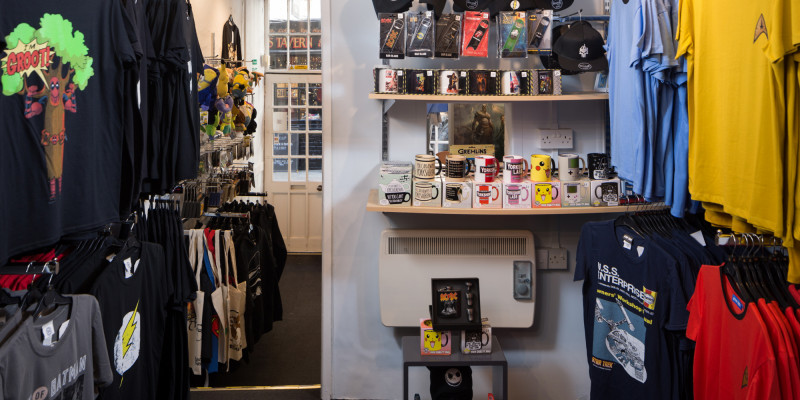 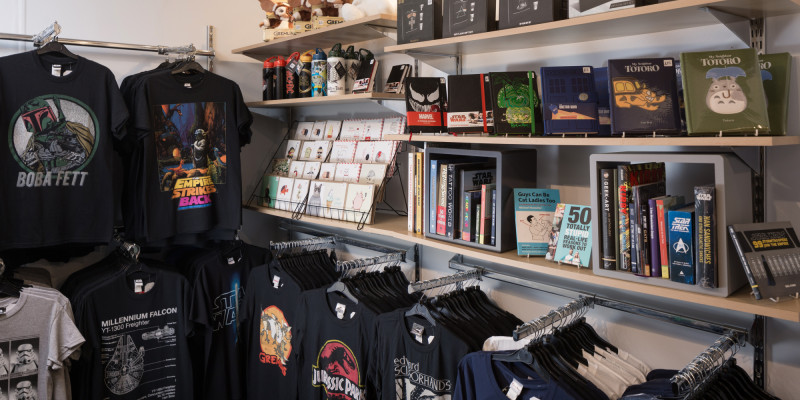